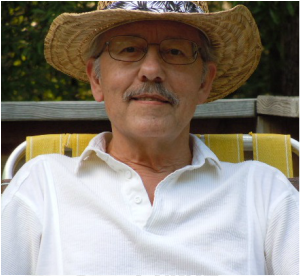 ﻿About the author:
﻿
Science Fiction author Ken Doggett has been writing for many years, beginning with short stories published in prominent and not-so-prominent Science Fiction magazines: Space & Time and Shayol, among others.  Now, like many modern writers, he has chosen to directly publish his novels and short-story collections.

He was born in Atlanta in 1945, grew up in next-door DeKalb County, and developed a love for reading right after he discovered the school library. He read almost everything, but was especially fascinated by the fantastic tales of spaceships, space exploration, and conflict among the stars. He soon became familiar with the writers who would influence his own work: Arthur C. Clarke, Isaac Asimov, John W. Campbell, and later, Larry Niven and Harlan Ellison. He graduated from Avondale High School just outside Atlanta, and after a stint in the U.S. Army assigned as a radio mechanic to the 2nd Armored Division at Ft. Hood, Texas, he worked in the field of electronics and electronic technology. After many years of reading all of those great Science Fiction stories, he decided to write some of his own.  In July 1981 he sold his first published story, Timestopper, to Amazing Stories. Eventually, with more of his stories reaching publication, he became a veteran writer in the Science Fiction genre.

But he has done more in the arts than write a few stories.  He once thought he could draw and paint pictures, and he created and sold a few landscape paintings, both oil and acrylic.  You can view some of these, along with a bit of his amateur photography, on this website.  He currently lives in a rural farming community in Morgan County, Georgia, where he writes full time.
HOME
Powered by